Radon, Why the buzz?

Radon has been in the news recently with reports that some granite countertops can release dangerous levels of radon. This isn't a new claim - it surfaced in the 1990s - and it's fairly controversial. In April 2008, BuildClean, a nonprofit that aims to educate consumers about safe and healthy building materials, made news when it announced that its pilot project would provide free in-home radon testing of 300 homes in Houston to determine whether granite countertops emit harmful levels of radon. It's worth noting that two big makers of quartz countertops, Cambria and Cosentino (which also sells granite counters), are the sole funders of BuildClean. "By its nature, granite emits radon - the second leading cause of lung cancer in the U.S.," said Sara Speer Selber, BuildClean's president, in a press release at the time.
Next, in early May, W.J. Llope, Ph.D., a senior faculty fellow at the T.W. Bonner Nuclear Laboratory at Rice University in Houston, released a report in which he analyzed 18 articles covering 95 granite samples. In "Radiation and Radon from Natural Stone" (PDF download), Llope reported that 92 of the granite samples emitted no or very little radon, though two were in the 3.1-to-3.4 picocuries per liter (pCi/L) range, and one registered 4.2. (These measurements assume a hypothetical unventilated room, not a standard home, according to Llope's study.) The EPA estimates that the average indoor radon level is 1.3 pCi/L and suggests that you reduce radon when the level in your home is 4 pCi/L or higher.
Shortly after Llope released his report, the Marble Institute of America trade group announced the results of a study of its own. A professor of geology at the University of Akron tested 52 samples (four each of 13 different types) of the most popular granites used for countertops in the U.S., representing the majority of granite countertops sold here, according to the MIA. Ten added "almost immeasurable amounts of radon to the house," reads the study, while two had radon levels of 0.04 pCi/L. The highest level of radon emitted from one stone was 0.27 pCi/L. The study did not account for natural ventilation in a home, which would dilute the concentration of radon.
Looking for some clarity on this issue, I interviewed Michael Kitto, Ph.D., a research scientist for the New York State Department of Health. As part of a study he's planning to submit for peer review, he measured the radon emissions from more than 40 granite and engineered stones in airtight containers, without ventilation. Kitto found that the engineered stones emitted almost no radon and many of the granite stones were very low emitters of radon. A few stones emitted slightly more radon, and only one emitted a substantial amount of radon. (Kitto defines substantial by saying it could produce from a few to several pCi/L in a room; he adds that the exact value depends on many variables, including kitchen volume and countertop size.) BuildClean and Cosentino also fund Kitto's study. [more http://blogs.consumerreports.org/]
Posted by Fireups at June 02, 2009

http://www.countercraftks.com/ Kansas Countertops From our  Topeka Kansas fabrication  facility and our Manhattan Kansas Showroom we provide... 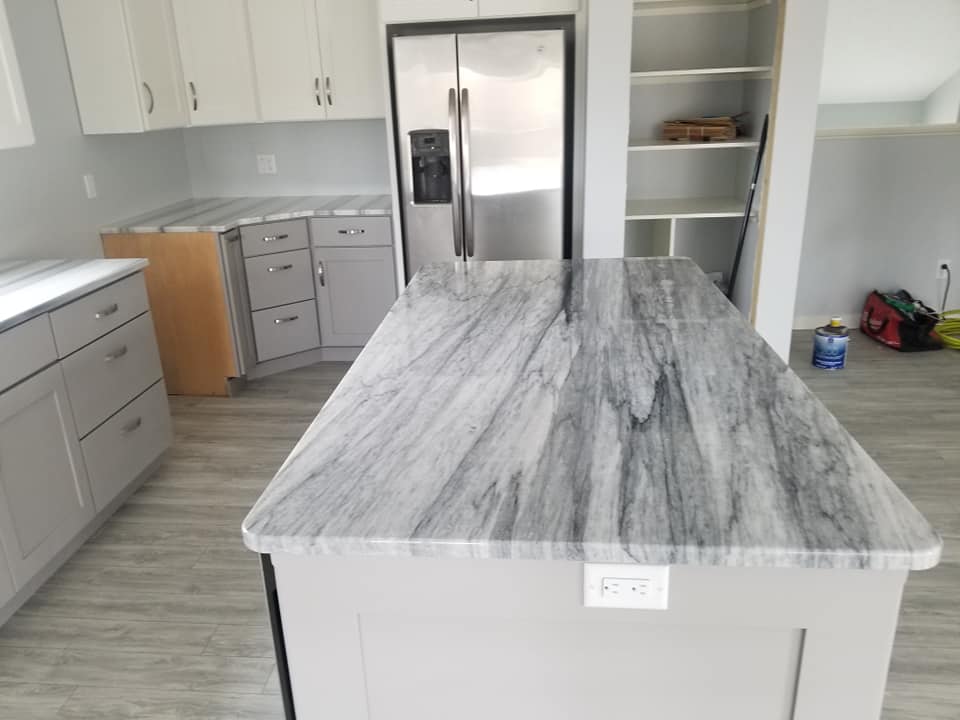 Looking For Granite For Your Home?

This Blog is to provide a single source for granite fabrication, installation and selection information. We specialize in Local online Marketing for Granite Fabricators by having proven results and a program that not only limits financial exposure but has proven to create results in the first 7 days. Contact Us by visiting http://www.fireups.com/